So about twenty or so years ago, (Yeah, I know. I’m getting old.) My boyfriend at the time and I tried to take a trip up to Chilhowee. We ended up most of the way up the mountain before trouble struck. A screw in the engine vibrated loose and fell in just the right place that the accelerator became stuck. We quickly realized that we had a problem and turned around. It was my car so I was driving. We took curves at 80 miles an hour because there was no other choice. I burned up the breaks getting down the mountain and used up the emergency break getting home, once we were on comparably flat ground again. I always considered that as a once in a lifetime event. I had to back part of the way down the mountain at one point too.

Yesterday, I used a couple of hours of vacation time to leave work early. Chattacon is this 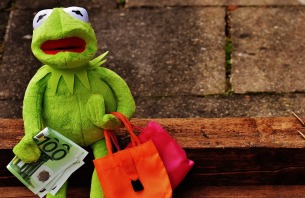 weekend and my kid needed some light gray face paint for cosplay purposes. I had tried to acquire it during my lunch break but couldn’t find it at the three stops I managed. So I was hungry, cold, and grumpy when I came back. I caught myself almost snapping at an insistent customer and thought that excusing myself would be the better part of valor. My vacation time was approved so I left early to search Target for the elusive face paint, only to find that Google lied about it being there as well. I figured I would just have to stop in Chattanooga tomorrow after Toby’s therapy appointment. So I turned on to Paul Huff Parkway to hit the interstate and go home.

Unfortunately, that was when lighting figuratively struck twice. I speed up to go up a hill and heard a click. Then the gas pedal was stuck to the floor and I was clearing the other side of the hill with traffic in front of me and behind me. My emergency flashers wouldn’t come on. (I blew a fuse to the turn signals a couple of days ago and the old fuse was stuck and wouldn’t come loose. I had planned to get my brother to fix it the next time he was over.) However, there was a gas station coming up on my left, so with smoke coming up from my breaks, I timed it until the road was clear enough and shot across three lanes of traffic and into the Speedway parking lot before throwing the car in neutral and stomping the breaks until I slowed and then was able to slam the shifter into park and turn the thing off. (I felt like I was stuck in a Final Destination movie for a moment.)
I called my brother who was just sitting down to dinner with his wife and his friend. He left with an empty stomach and came out into the cold to rescue me. (I really do have the best brother in the world.) We didn’t manage to fix the problem but he did get the turn signal fuse replaced. He took the idle positioning sensor off and we have to cough up $150 tomorrow for a new one. Oddly enough, the thing idles better without the

positioning sensor than it ever did with it. I guess that means it has been going bad for a while. I am thankful that James wasn’t too far away and I am also thankful that it happened during daylight and without my kids in the car. The fact that I had experienced something similar before helped me keep a calm head while it was happening. (The “Oh Shit” response didn’t kick in until after the car was turned off and I had already called my brother.)

3 thoughts on “Accelerating Down Hill”