A few minutes ago I was standing at the kitchen table re-wrapping Christmas presents for my ex-husband and his wife. I needed to mail them out and the original wrapping job wasn’t going to fit in the box. In the background my mom was watching the world news.

I wasn’t really paying attention until she started complaining about how many shots were fired during something. I still don’t know what happened, but I do know that was the moment I started to hear the words echoing from my television rather than just enjoying it as background buzz.

I was wrapping Christmas presents while the world was falling apart. There were shootings, bombings, deaths, and babies being born addicted to drugs. My hands paused on the brightly colored paper. I didn’t reach for the tape. I just listened and it saddened my heart. It hurt.

There is so much pain in the world. I stood still thinking about how I would heal it if I could. But what could I do? One single mom on the edge of welfare. The world is so big and there is so much hurt, what could my two hands do to help?

That was when I realized that I was already doing it. I was wrapping presents to my Ex and his wife. I was planning on taking some of money I try to stretch like elastic, and mail their presents across the country to where they now live.

They don’t even live in the same state as me any more. It would be too easy to just not worry about it. To say it is just too expensive to mail the package. Out of sight out of mind. But I didn’t.

I can’t touch the entire world but I can touch little parts of it. I can do what I can to forgive the hurts that touch me and to heal the ones that I come in contact with. I can’t fix everything but I can do little things. Maybe if we all try to do what little things we can, then they will add up to big things.

I can’t fix the world. But maybe if the world tried hard enough, it could fix itself. At the very least it would be a little brighter. 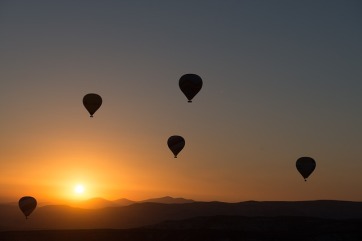