I don’t have a horse in this race….well not really. Not yet at any rate.  All my horses are wobbly little foals at this point.  However, since everyone else seems to be weighing in on this I thought I would throw my two cents in too, for whatever that’s worth.

So, Once upon a time there was a column posted in the SFWA (Science Fiction & Fantasy Writers of America) bulletin.  To my understanding the column in question was something along the lines of an editorial thing written by two older gentlemen who have been in the business a long time.  (Yes I used the word gentlemen on purpose.  I live in the south and the words gentleman and lady are appropriate polite forms of address.)   I haven’t read the column (or columns) in question as the bulletin is members of SFWA only, and I don’t meet the requirements for membership.(yet)

Right now there is a big dust storm over the words written there. It has gotten so bad that 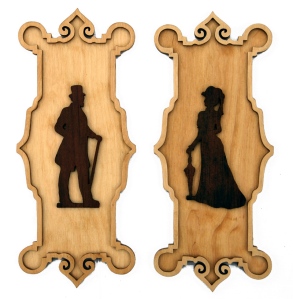 the editor of the bulletin has “tendered her resignation.”   I would love to read the actual column(s) so I could give a more informed opinion on the matter.  There is a lot of he said/she said going on, and I am honestly not sure who has read the article and who has not.   What I do know is that these gentlemen (see? I did it again) were talking about the gender imbalance in the Science Fiction and Fantasy world.   These were older men that used words like “Lady editor”.  Also they may have said things about what they found to be the more pleasing physical aspects of women in the genre that they had contact with.  (Again I have not read the actual articles so I can only tell you what I have heard…friend of a friend stuff. Though most of what I see tends to back this up.)

You can see where the match met tender there…

Scifi has, in years passed,been a largely male dominated genre.  Heck, publishing has been largely male dominated.  But that is changing.  (I think this is where indie publishing is going to make a big difference too.) My book shelves (and they are over flowing) are full of both male and female authors.  These gentlemen come from a time when there were fewer women.  They are speaking from their experience. In essence doing what (excuse me sirs) old men (and women) do, reminiscing. 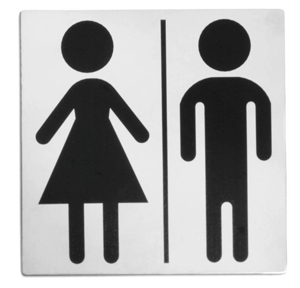 However, today being what today is, instead of smiling and nodding in respect people went for the torches and started shouting things about sexists and chauvinists.  I don’t know these gentlemen personally. I honest couldn’t even tell you what they look like unless I looked it up on google.  However, I don’t think they should be judged and tried without seeing the evidence.   (Also its ironic that all the criticism brought about the loss of woman editor…)

And whatever happened to being able to express your opinion?  (Yeah, even if it is wrong.)

Now that is not to say I support the belittling of women. I am a woman. Heaven help you if you don’t take me seriously just because I’m a girl.   I grew up with a ton of cousins, mostly all boys.  From a very young age I was strong minded enough to know that if they could do

something then so could I.  (I’ve got scars to prove it…in retrospect, just because a boy does something, doesn’t mean you should do it too.  Sometimes boys do stupid things.  Obi Wan was right “Who is the more foolish? The fool or the fool who follows him?)

I hate the fact that I can go into a auto parts store and not be taken seriously, but I can send in a male who doesn’t know a spark plug wire from a serpentine belt, tell him what to say and the guys behind the counter are suddenly helpful.  (seriously. I’ve done this.)   And I still say the reason I lost one of the jobs I loved the most was because I was the only female manger and our district manger wanted me gone.

So the goal of women being respected?  I am all for that.  However, opening a door for me

Two older gentlemen reminiscing about ‘the good ole days’ doesn’t make me feel threatened.  Here in the South we have a sayin’   “Bless their hearts.”   And we leave it at that. 🙂

2 thoughts on “*sigh* …yeah I know it’s not gonna happen, but can’t we all just get along”